The development of starvation and manifestations of beggary.. Houthi absurd spending of Yemeni money

Official data revealed that the Houthi leader appointed to the position of Finance Minister, Rashid Aboud Abu Lahoum, spent 6 million Yemeni riyals as a reward and a monthly transportation allowance from the customs authority, which is controlled by the Houthi militia since its coup against state institutions in September 2014.

Activists on social networks circulated official statements of entitlement, showing the Customs Authority’s calculation of an amount of 4 million yalls, a monthly reward for the hypothetical Minister of Finance, Rashid Abboud Abu Lahoum. The statements circulated included calculating an amount of two million riyals under the transfer allowance field. 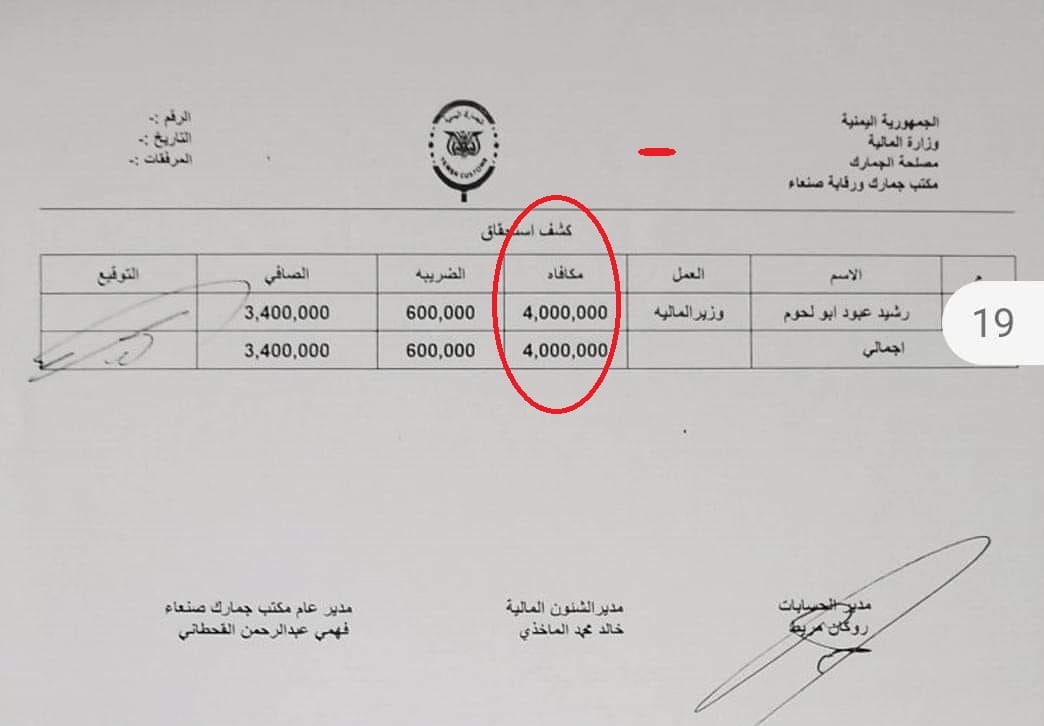 The Houthi militia continues to tamper with Yemenis’ money in the group’s special events, political auctions and deceptive media tinsel, in light of the widespread famine and the increasing manifestations of beggary among women and men in Sana’a, the exacerbation of living burdens, and the inability of parents to buy Eid al-Adha clothing in 2022 for their children. 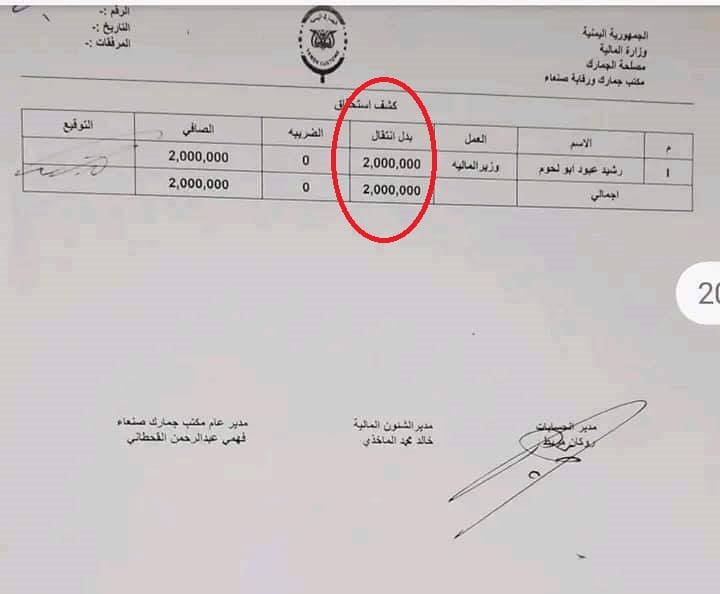 According to an annual calculation, the total amount Abu Lahoum will receive for transportation allowances and bonuses only amounts to 72 million Yemeni riyals.  This comes in light of the Houthi militia's continued looting of state employees' salaries since September 2016, and the looting of public revenues that are sufficient to disburse employees' salaries and bonuses, implement projects and even spend on the fronts.

During the first days of the armistice, the President of the Presidential Leadership Council, Dr. Rashad Al-Alimi, revealed that  The council accepted the entry of oil derivatives ships to the port of Hodeidah without paying any customs or taxes to the state.  He pointed to the entry of seven ships with customs and tax revenues of 26 billion riyals, while the fees of 18 approved ships amounted to 90 billion riyals.